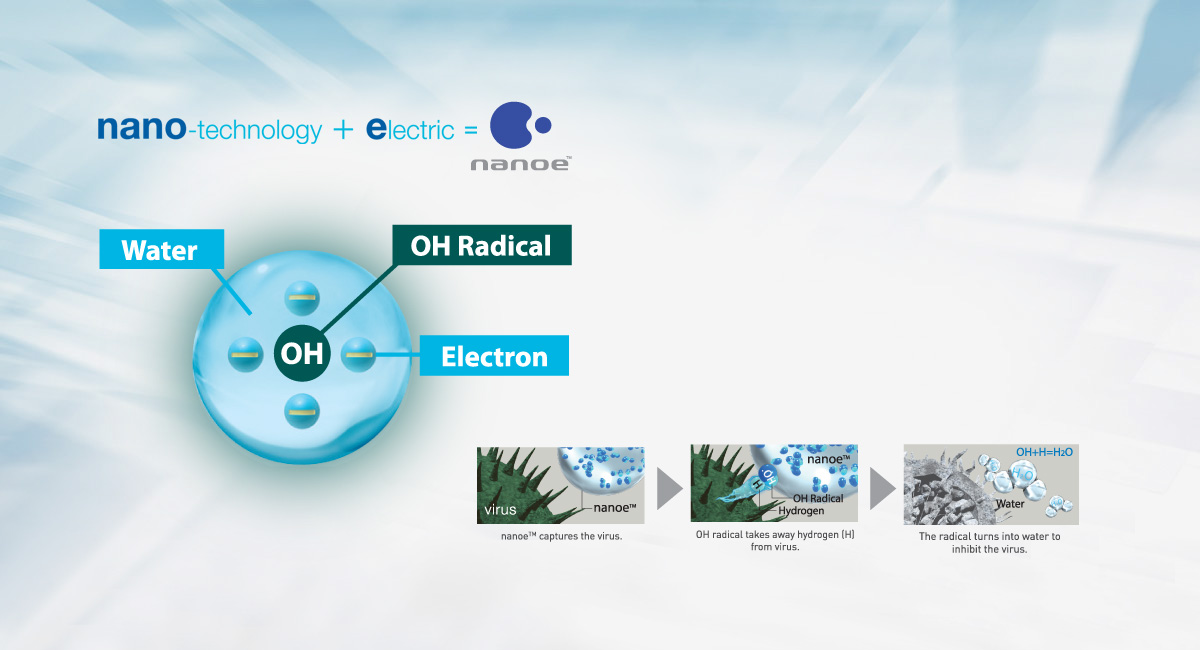 A nanoe™ is a fine (5 to 20nm) and weak acidic water particle with a reactive substance and an electric charge.

The air we breathe contains pollutants less than 2.5 micrometers in size (PM2.5). PM2.5 can be found in smoke and haze which originates from combustion activities including motor vehicles, factories, and wood burning. nanoe™ possesses the characteristics of removing hydrogen from viruses, bacteria, odours and allergens. Effectiveness of virus removal*¹ depends on the number of OH radical*2. nanoe™ device generates at a high rate of 480 billion per second, the higher the effectiveness of the anti-vital power.

*1 The figure shows the effect resulted in 10m enclosed test space for 4 hours, not at actual usage space.

*2 Based on the ESR test methodology, applicable in the air purifier launched after September 2011. 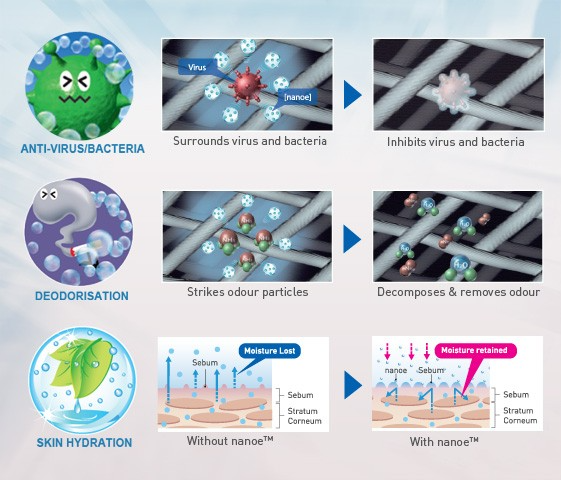 SKIN HYDRATION
Help restore moisture back to the skin. nanoe™ attaches on the sebum and form membranes on the skin, so skin is hydrated that improves the keratin texture and keeps the skin fresh and moisture.

One-billionth of the volume size of a steam particle - nanoe™ is much smaller than steam that can deeply penetrate into cloth fabrics to restrain dirt.

"Particulate matter," also known as PM is made up of a number of components including extremely small particles and liquid droplets. Sized at less than 2.5 micrometers (PM2.5), these particles are said to pose health problems as they can easily enter our lungs.

PM2.5 can be found suspended in the air, including dust, dirt, smoke and liquid droplets. These fine particles come from man-made sources such as the combustion of fossil fuels, open burning and industrial processes as well as natural ones, which include sea sprays and dust carried by strong winds.